Research in our lab explores the neural processing of sensory information in the context of behavior. This line of questioning provides an ideal platform to test specific hypotheses regarding the neural basis of sensory dysfunction in neurological disorders, including dementias and addiction, wherein sensory processing is aberrant. To accomplish these major goals, we utilize a variety of methods ranging from multi-site electrophysiological recordings from defined brain structures to cutting-edge operant behavioral assays, some of which we perform in viral/genetic models with precise neural perturbations. 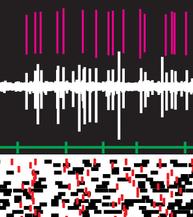 at the University of Florida

Ongoing projects in the lab include:

A major line of research in our lab is to identify manners whereby the OT encodes odor sensory information and how this information then gets distributed throughout interconnected brain structures. We are also interested in defining sources of information into the OT. Work from our group is the first to demonstrate how neurons in the OT encode odor information in behaving subjects, and how these processing strategies are shaped by the learned meaning of the odors (viz., valence). We are now working to identify complementary cellular mechanisms of odor valence.

An additional and related major line of research in our lab is regarding the OT’s role in motivated behaviors. Despite elegant work showing that the OT is needed for both reward behavior and psychostimulant effects on behavior, the OT is not even incorporated into many prevalent models of the brain’s reward system. This omission may in part be explained by a lack of the specific cellular mechanisms whereby the OT impacts reward-guided behavior. Work from our group is the first to demonstrate how neurons in the OT encode goal-directed actions and natural reinforcers and how these are dictated by motivational state. Ongoing work is now resolving important features whereby the OT subserves motivated behaviors and more specifically the reinforcing properties of e-Cigarettes and cocaine. This work is highly relevant to understanding brain mechanisms of addictive behaviors.

2. Determine why, and how, the olfactory system is vulnerable to early onset dementias, including Alzheimer’s disease and Parkinson’s disease. A question of wide importance to our understanding of AD and PD is how these diseases progress. At a circuit level this problem can be thought of specifically by the following question: How can subtle and sometimes undetectable levels of local pathogens result in severe, wide-spread nervous system dysfunction? We address this question in the mammalian olfactory system which yields ideal tractability for physiological recordings as well as a nearly linear, yet also distributed, information processing stream. This is a clinically-relevant model especially given the early presence of some AD and PD neuropathology (during early Braak & Braak stages) in the olfactory bulbs of persons afflicted with the disease. Our work seeks to allow the direct assessment of the cellular-level contributions of peripheral nervous dysfunction (‘upstream’) on central (‘downstream’) processing of behaviorally/perceptually-relevant information in the context of AD and PD and will therefore yield novel data on circuit progression of these diseases.

3. Define mechanisms whereby the olfactory system is shaped by cognitive state. Cognition shapes sensory processing. Work by numerous groups has shown that olfactory perception and odor processing are both influenced by cognitive factors. The influence of attention, specifically, on the cellular processing of odors is unclear. We recently developed a sophistical behavioral tool to allow for testing important questions regarding the mechanisms whereby selective attention shapes odor coding and the mechanisms thereof. We are interested in 1) defining the circuits at play which afford the brain the capacity to engage in olfactory selective attention and 2) the network properties which occur during selective attention.